“It is only after you have lost everything that you will be free to do anything.” – @czyhzd

I hate my job. It’s something I’ve become very open about this year, because I figured there would be no point in pretending I love it when everyone who knows me well enough can see right through it. The reason I hate my job will be revealed at a later, and more opportune, time, but right now, I do hate it. And when people realize that I hate my job, their immediate — almost instinctive — response is “Well, why don’t you get another one?”

All — or throughout most of — our lives, we have been spoilt for choice. When we were younger, it was a question of which toy to get: the dancing dinosaur or the sneezing helicopter. As we grew older, it became a question of which school to go to: a painfully small private school where everyone knew your business or an overpopulated public school where nobody could know you. And then it got to a stage where we had to decide what we wanted to do for a living and if we wanted to rearrange our lives a little bit in order to make room for one more person.

The problem with these choices is that once we made them, all the other options never quite went away, but instead hung around, silently taunting us with their presence and reminding us that it was solely our  own — or our parents’, depending on how old we were at the time — decisions that left us where we currently were. And, in the midst of all that silence, were the constantly whispered words: You still have a choice…

Do we, though? When we get to a certain point in our lives, are we as free to make those choices as we were, say, ten years ago? We may be stuck in a job we despise, but if it pays the bills and takes care of our responsibilities, we know it’s probably better to just grit our teeth, take many deep breaths and brave it. If our relationship has hit a brick wall, but we’re so grateful that someone is actually willing to put up with us, we know we should put aside our doubts and insecurities and focus on making it work. Because, deep down, we know that once we make the decision to change our circumstances in life, the nature of that change is thrown completely to the wind.

In other words, we are cowards for not wanting to risk being worse off, and give ourselves a chance, if even a very small one, to be better off. The bizarrely ironic thing about this form of perceptual selectivity is that we only tend to think we have to make these choices because it starts to look as though we have no other choice.

I thought I had come beyond the point of being afraid, despite having my heart broken as badly as I did two years ago, despite thinking I had finally developed a new lease on love, despite realizing that underneath the glittery façade of a job I had once loved lay a monstrous foundation. But now that it feels as though I’m waking up from a coma, I know that the fear has never gone away, and everything that has transpired over the last year and a half was merely a Band-Aid, not a solution, for the pain.

So now I have to make that choice: to stay in this comfort zone that is in and of itself an oxymoron, or take the leap of faith that could result in an all-out crash-and-burn. Either way, with nothing ever having changed and nothing ever likely to change, there can be no other direction to go but up from here. 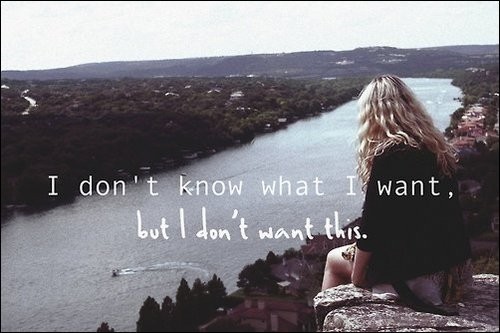 1 thought on “Perceptual selectivity: A choice among no other choice”